What Happens When Your Organization Grows Too Quickly?

"We're trying to fit 10 pounds a flour in a five pound bag."

This was the reason given to me during a recent assessment of a company's IT operations.  The senior IT leader asserted that his department did not have enough resources to address the backlog of outstanding issues that were causing frustration throughout the company.  He said there was just not enough manpower to complete the work at hand. Sounds like a good reason, right?`

Turns out that the problem wasn't really with the people, but instead it was the process by which requests flowed through the department's queue.  They simply weren't designed to scale with a growing business.  So, as the company grew and added staff, the demands on IT were increasing with little or no attention on allowing for future growth. In this case, simple requests that would typically require a few minutes of attention were getting stuck waiting behind lengthy projects that could take weeks to solve, causing backups across the board. 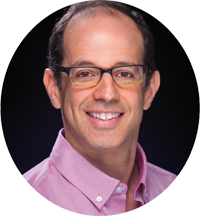 After our team examined the situation, it was clear that this company had not clearly defined a process to ensure requests were going to the right team for timely completion, making it impossible for its IT department to keep up with the work.

I recently read an article about a local shipping port that found itself in a similar situation, but on a much larger scale. The port was consistently experiencing bad bottlenecks with the offloading of container ships to tractor-trailers. This resulted in long a queue of trucks waiting to get loaded each day, causing massive frustration and lost revenue. One would assume that the cause of this issue was that the terminal could not unload the cargo ships fast enough to keep up with the number of trucks at the terminal. Again, sounds like a good reason, right?

After reading the article, it was obvious to me that this problem would have presented itself many years ago and could have been avoided if the port terminal had dedicated the time and resources to set up its processes to scale with growth. Today’s cargo ships can hold 2x, 4x, even 10x the number of containers than they could in the past. When you take into account that cargo ships take years to build, and it’s clear that officials at the port were aware of the growing capabilities of these ships, but did not put a plan in place to accommodate them.

This problem is unfortunately very common in our transportation and logistics clients. Many of the organizations are well-built for the current state, but not necessarily looking toward the future. One critical step in our IT Assessment process is to conduct "Future State" workshops. These workshops train business executives to think about where their industry is going, and how their company is currently positioned to align to the future.